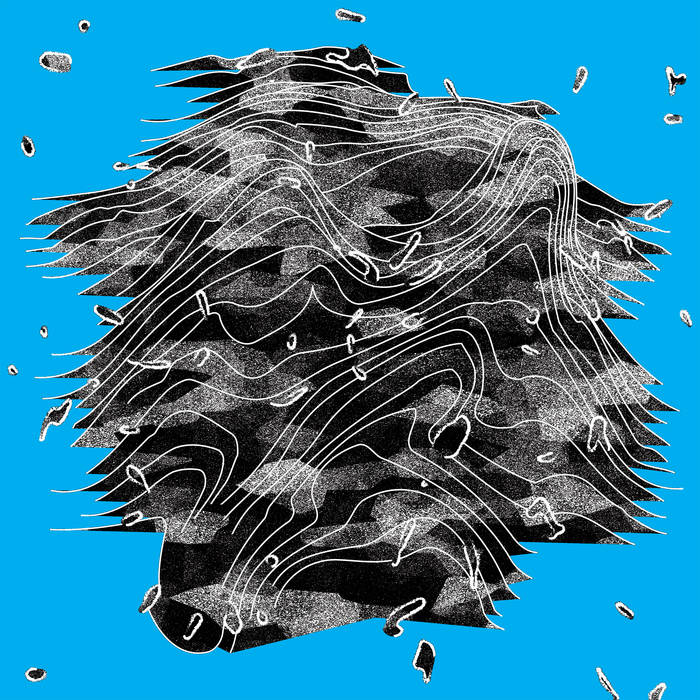 abdonoval This album sounds absolutely glorious on tape. I can't get enough of it. Favorite track: Jan 1.

Fresh Water is the debut work by London based musician and visual artist, Jake Marshall. Across eight tracks Marshall twirls and bends his sound palette around motifs of emergency and crisis; “I was interested in distress sounds, sirens, flares etc”. The first two tracks, clearly define the mirroring and the urgency to Marshall’s approach. P5ws evolves around patterns of locked alarm-like keys, wearily setting up an emergency response center; the sound of Forgo echos from a cavernous void, with reverb bouncing off ceilings, bassy distorted percussion and an electric hum groaning in the distance. In Grid, the alarms resurface, reverb drenched bleeps fall through sparse cello notes with simple yet haunting results, a ghostly robotic keyboard player brightly illuminated in the void. Deeper into the album the compositional simplicity becomes a playground for cerebral exploration with disruptions caused by alien construction sites expanding and reconfiguring. Marshall’s minimal and sometimes solitary voices create ample pressure and depth in the space; often coming into an intense, and in a sense rhythmic climax with surprising results. The title track for instance is built around sickly, rattling strings going hand in hand with descending sheets of cold synth, eventually the keys start to skip and freeze mid note as the system reboots: Like hitting an in-game error leaving you running on the spot. It comes off gloriously, as a squelching homage to Mica Levi’s Under The Skin Soundtrack.

The many sonic limitations in Fresh Water demonstrate Marshall’s uniqueness. All kinds of plastic, caustic sounds, German ambulance sirens, bleeps rattling off unknown morse code, the highly synthetic strings emerging from the silence, it creates a somehow organic yet inhumane, but addictive turbulence. Marshall’s ability to extract deep emotion from limited resources paints a glossy, plastic but innately human declaration; challenging our sense of inferiority to the mobilising neural-networked, artificial superbeings. With highly unnatural string and percussive emulations, Marshall's sound skates into dangerous zones with effortless charisma, reminiscent of contemporaries such as Lorenzo Senni. You can’t avoid the feeling of reality, yet the sound is so highly synthetic it pushes it outside the usual qualitative markers in modern electronic music. In this sense Fresh Water is both an accurate diecast of the artist's inner conflict and a fluid mirror where elements of culture, urgency and crisis become a catalyst for new ideas.

Bandcamp Daily  your guide to the world of Bandcamp